A Holy Place and Its Shaykh in the XIX Century

historiography.1 A few studies have shown quite well that these relations were

complex; 2 however, new information is required in order to give full representation to

In 2004 we discovered one document that can provide fundamentally new

information about these relations.

Information about the Document’s Owner

The document’s owner was Ṣābir-Khwāja Sayyid-Khwājayev who died on August 14,

Tashkent tuman, Tashkent vilāyat, to the north of the capital of the Republic of

Uzbekistan. It was inherited by his son Bakhtiyār-Khwāja Ṣābir-Khwājayev. One may

Sarï-Aghash region of the South-Kazakhstan oblast’). We were assisted in examining

and photographing the document by the Ph.D-student in Arabic and Islamic studies

January 9, 2004) was Ṣābir-Khwāja’s younger brother. However, due to a rivalry between

the brothers concerning the ownership of the document, we had no opportunity to see

it for a long time. This was because Ṣābir-Khwāja attempted to keep his murīds from the

Ṣābir-Khwāja Sayyid-Khwājayev received the document from his mother. His father

Sayyid-Khwāja (died in April 17, 1967), had suffered repression as an observant Muslim.

next to her body. Ṣābir-Khwāja knew only the following about his descent: 3

among the Kazakhs of the Junior Horde. He died in 1907 and was buried in the Ramadan

cemetery near Tashkent. The first person buried in this cemetery was the saint known

as Sad-Qara. A red flag has been set up over Āta-Khwāja’s grave, and many people come

to perform ziyārat on the spot.

Zhalaŋ Ayaq Qozha). The family does not know much at all about him, only they believe

he is buried near the present-day city of Taraz, Kazakhstan (formerly Zhambul, Sozāq

According to the first story preserved by the family, Khudāyār-Khān’s tax agents

(zakātchī) began robbing the population to excess, so at the people’s request Yalang

Āyāq-Khwāja acted as a mediator and got into an argument with the zakāt collectors.

When they spoke insultingly to him, the khwāja shouted out the war-cry “Alash!”4 and

the people all came together, beat the Qoqandians, and drove them off.

and brought to Qoqand. When he entered the palace in chains, the khān got up from his

seat and left. To the courtiers’ questions the khān replied, “Don’t you see? He has two

lions at his side.” After some conversation Khudāyār-Khān agreed to lower the taxes.

The document is written on cream-colored locally handcrafted paper. The full size of

genealogy, which measures 50 x 30 cm. Two sheets of paper were glued to this part later.

of the genealogy sheet. Later a piece of European paper was attached underneath this

for reinforcement. As a result, the document came to consist of three sheets in layers.

A cover was created for the document out of coarse, undyed cotton cloth measuring

30 x 138 cm. While the document was being hidden, the cover could be wrapped around

3 Henceforward, for purposes of continuity with the past, transliterations will follow usual

4 This war-cry was the common one for all nomadic tribes in this region – Kazakhs, Qara-Qalpāqs,

The text also consists of three parts. Each part is written in a different hand.

Manṣūr Khwāja. Among the estimated persons who commissioned this work may also

A text of 22 lines has been added to the first text. The area written upon measures 33

To the edges of the two texts described above have been added 16 paper tags, with a

Contents of the Document

with Khwāja Aḥmad Yasavī. There are two peculiar features here. The first is that a

great-grandfather. This is the first time such a feature has been noticed among the

numerous genealogies of Khwāja Aḥmad Yasavī.5 The second peculiarity is that the

name Jalīl-Āta has been added next to that of Isḥāq-Āta in a different, later hand. The

from the famous hero Isḥāq-Bāb (mentioned here as “Isḥāq-Āta”), the ancestor of

At the beginning of the document a ḥadīth of the prophet Muḥammad is quoted:

“Whenever you are amazed by affairs of this world, seek aid at the tombs of the saints

(from the people of the graves); they shall never die.”6 It is unknown whether this

Five fatwas are quoted in the first piece of added text, four in Arabic and one in

Persian. They are taken from well-known books of the Ḥanafī madhhab: al-Khulāṣa by

(d. 1346). They deal with matters of profession of faith (shahāda), and affirm that

testimony given by aggressors and robbers is not to be accepted.

In the texts added after this, the names of the tribes of the murīds of Yalang Āyāq

Significantly, after the name of each tribe and its batïrs and biys is given, there is an

additional statement that they are accompanied by their troops (cherīk). In all, the

names of more than 50 tribes, batïrs, and biys are cited here. However, because the

names are written in an unprofessional hand, and in some places text has been lost due

to wear, establishing them all remains a matter for the future. In a number of instances

addressing these questions will require intensive labor in comparing archival

documents and other narrative works, and in conducting interviews in the regions of

The document is furnished with 37 seal impressions. However, it should be noted

one. The reasons why this was done are among the problems that await future

Southern Kazakhstan against the Qoqandians in 1839. The rebellion arose over a matter

of zakāt, and in several respects Islamic ideology played a considerable role in the

conflict. The Qoqandians robbed pastoral peoples with the justification that they were

adhering to the rules of sharī‘a, and as a consequence touched off a serious protest. Local

khwājas played an active role in the ideology of the resistance. The name of Khwāja

dispute. This document provides us with important information about features of the

economic and ideological policies employed by the Qoqand Khanate.

Islamization and Sacred Lineages in Central Asia: the Legacy of Ishaq Bab in Narrative and Genealogical

General View of the Document.

Upper Part of the Document with the Seals.

Part of the Document with the Khwāja Genealogy.

Section added to the First Text with the Names of Kazakh Tribes, their Biys and Batirs.

Lower Part of the Document with the Other Kazakh Names 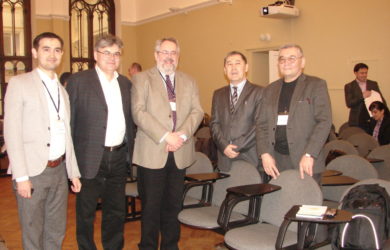 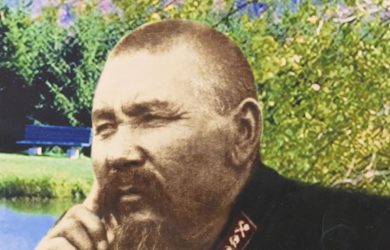 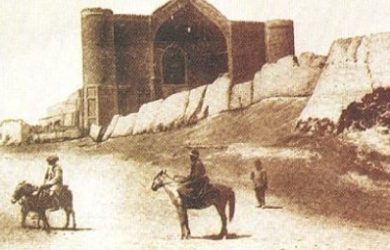 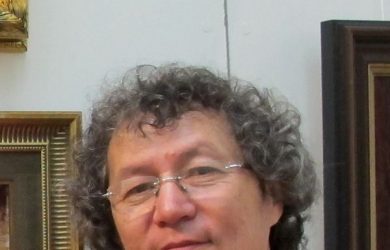 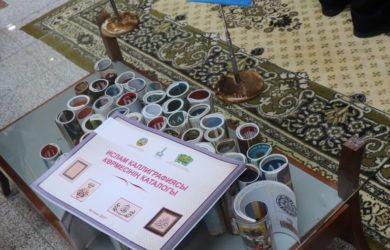 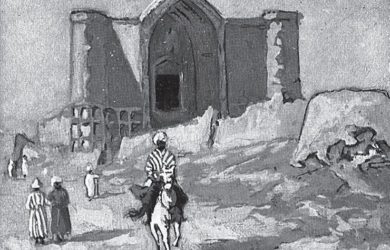 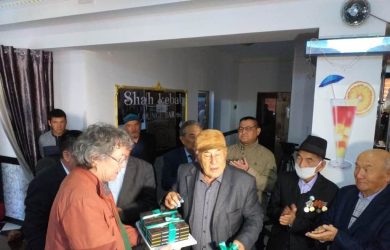 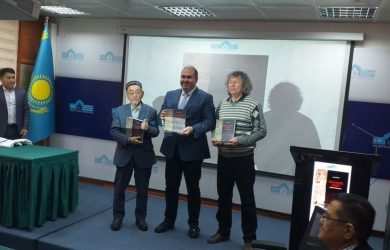 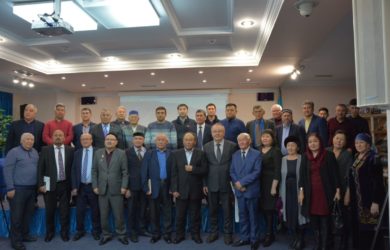